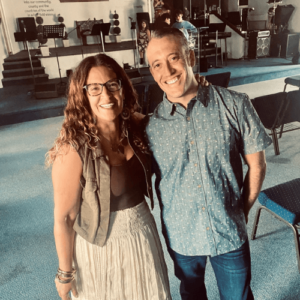 On February 12, 2001, my life began! From the tender age of 12 years old, I began to experiment with drugs and alcohol on a limited, but frequent (weekend) basis. By the time I hit my senior year of high school I had tried every conceivable illegal narcotic and my life was out of control. I had attempted college with no real dream, I had held good jobs but with no real passion for what I was doing, I had apartments, good cars, and thought that life was good. The final year prior to 2001 was a complete blur. During this time I had lost everything including my family and hope for living. One February night I found myself in a Rhode Island hospital overdosed on pills, cocaine and alcohol. A few hours later I was walking through the front doors of a Teen Challenge center in Brockton, MA – where my life would soon take a drastic change. It was within this place that I realized who I was, where I was going and how I was going to get there. Jesus had met me in this place and began to map out my life. 23 months later I received the call to leave Teen Challenge (having completed and graduated the ministry) and go to Zion Bible College. 3 years later I received the call of God to preach the gospel and knew that God was leading me into the pastorate. 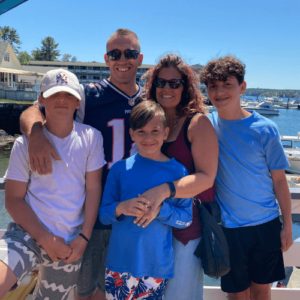 We are passionate about seeing the transforming work of the Lord accomplished in people’s lives! We are committed to providing an atmosphere where believers are encouraged through worship, discipleship, evangelism and compassion. My heart is to build trust, unify the body and mobilize the believer(s) to accomplish our God-given vision and mission that He has called this church to. 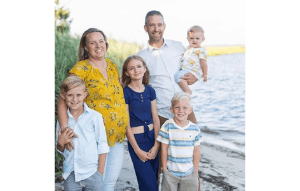 God’s activity in my life started before I was born.  When I was in the womb, the doctor told my mother that I would not make it into the world.  He detailed the medical complications that would inevitably result in a stillbirth.  Thankfully, my parents were believers in the power of prayer; and as they prayed, God answered and allowed me the gift of life!

Throughout childhood, I was raised with the awareness of God; however, it did not become real to me until the age of 16.  At a youth retreat, I remember being in a service where people were singing, and I was overwhelmed with a sense of God’s love for me.  At the same time, I had a very strong sense that He was calling me to surrender my future to Him.  I also remember the conflict within, as a part of me did not want to release control.  Finally, as one of the leaders approached and offered to pray with me, I was able to take that step of surrender.

Within the following days, I was overwhelmed with the reassurance that God’s plans for our future are good (based on Jeremiah 29:11-13).  At the same time, I remember anonymously questioning what it was like to be “called to ministry.”  Without knowing of the question I had asked, various people confirmed that God’s future for my life involved ministry, some without even knowing that I had asked the question.  It was then that I decided to pursue full-time ministry, and to pursue the necessary education.

God’s path led me to Indiana Wesleyan University (IWU), where I enrolled in the Christian Ministries program, which emphasized Biblical studies and ministry experience.  In the summers, I had the privilege of working at a summer camp program through a ministry called Christian Friendliness (CF, now YouthHope).  This program allowed children and adolescents from the urban areas of the Quad Cities, IL, a reprieve from their usual environment, to hear from God through the camp ministry.

It was at IWU that I met my wife, Tiffany, who shared a heart for ministry, and even participated with me at CF.  We both graduated 2004, and were married on September 18, 2004.  We moved to Ohio, as I was pursuing further education at Ashland Theological Seminary (ATS).

I received my Master of Divinity in 2008, and also earned a Clinical Pastoral Counseling degree.  For the first 4 years after graduation, I worked as a therapist at an Ohio facility for adolescent offenders.

It was a Divine appointment that connected us with First Assembly in 2011.  Through mutual friends, who were at the time undergoing a very difficult circumstance, we were introduced to Pastor Paul and Deena.  They invited us to consider whether this would be where God calls us.

When I prayed about it, God continued to direct me to the story of Abraham.  Particularly what stood out is when God said, “Go out from your land, your relatives, and your father’s house to the land that I will show you” (Genesis 12:1).  The more we prayed, the more God challenged us to have the faith necessary to leave the familiar, in favor of what He promises.  In October, 2011, we moved to New Jersey to join First Assembly of God.

We have been abundantly grateful to be a part of this church family.  We are also blessed to have welcomed, along with our daughter Gabriela (2009), our sons Luke (2012) and Timothy (2015) into the world.  We have also been amazed at God’s work in the next generation, as He is raising up young people to make an impact for the Kingdom.  We anticipate the advancement of the Kingdom of God in this community, as God continues to call, transform, and equip worshippers. 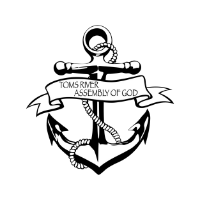